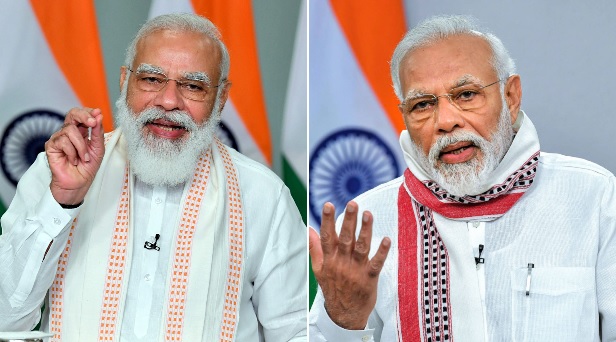 15 Most Popular Indian on Facebook | Most followed Indian | social media in 2022-20223- Facebook is one of the fastest-growing social networks in every country. The number of Facebook memberships are increasing day by day in India. India is also one of the countries that grow fast in the registration of Facebook membership. Peoples are connected easily through Facebook.

People are posting their photos, comments, and advertisement on Facebook. Sharing information has also become easy on Facebook. According to the number of followings of account, the top 15 most popular Indians on Facebook are listed below.

She is one of the beautiful actresses as well as a singer in India. She was born on 2nd June 1987 at Patna. In the 2014 Zee Cine Awards, she had won the best romantic female actress award.

She is a gorgeous actress, entrepreneur, and co-founder of Marsala. On 19th June 1985, Kajal was born in Mumbai. She likes traveling, dreaming, and she is also a huge foodie. This was posted in her ‘About’ at Facebook.

He is a famous stand-up comedian, television VJ (Video Jockey), and a good actor. Also, he is one of the best hoster of shows as well as a producer for many shows. He was born on 2nd April at Amritsar. Naturally, he is a left-hander. Till now he has got 25 million fans on Facebook.

He is an animal lover. He also likes to take alcohol. In 2015, Kapil Sharma got the best comedian on the Indian television award. He has got 13th place on this list. @kapilsharmapunj is his Facebook ID.

He is the real-time hero in Bollywood. He is a famous actor and producer of many good programs and movies. On 9th September 1967, Akshay was born at Amritsar in Punjab. On 21st July 2008, he started a new TV reality show “Khatron Ke Khiladi”.

Popular:- The Top 10 Most Polluted Cities in the World

She is a famous television artist, a good actress and sometimes a music artist too. Also, she has now become a producer for a few movies. She was born on 15th May 1967 at Mumbai.

She got 25.6 million fans on Facebook and got more than 30 million likes for her posts. In 2011, she won the Filmfare Special Award. @madhuridixitnene is her Facebook account ID.

Shreya Ghoshal is regarded as one of the best playback singers that India has got so far. Also, she is a music composer and producer of many good songs in various languages.

She was born on March 12, 1984, at West Bengal. She started her profession from 2002 and still now she is the best. She has got 27 million fans and more than 27.60 million likes for her posts on Facebook. @shreyaghoshal is her Facebook account ID.

He is the most famous and best cricket legend in India. He is a role model for most of the 90’s kids. He was born on April 24, 1993, at Mumbai. Till now he achieved so many centuries and he is the best batsman as well as a good captain to the Indian cricket team.

He has got 29 million fans on Facebook. That is why he has got placed in the 9th position of the list. In 2014, he is the first person who got the highest score in cricket. @SachinTendulkar is his Facebook ID

He is one of the best singers as well as a music producer in India. He was born on 15th March 1983 at Punjab. At first, he started his journey as a recording artist and now he became a good singer and also turned into a good actor in Bollywood.

He has got 29 million followers on Facebook and gets more likes for his songs and his posts. In 2012, he has won the best music director award at PTC. @YOYOhoneysingh is his Facebook account.

He is the best Bollywood actor in India. Also, he is a television personality and producer as well. Apart from television and movies, he is a good businessman in Mumbai. On 2nd November 1965, Shah Rukh was born in Delhi. He got 29.3 million fans on Facebook.

Not only Facebook users, everyone likes Shah Rukh Khan. He has won fourteen Filmfare Awards for his films. In that eight of them are for the best actor award. @IamSRK is his Facebook ID.

He is also one of the best Bollywood actors in India. Not only an actor, but he is also a good producer and former politician. He was born on 11th October 1942 at Prayagraj.

He is the oldest famous person on Facebook. Till now he got 34 million fans. Not only in Bollywood but is he famous in Kollywood also. @AmitabhBachchan is his Facebook account.

She is one of the beautiful and hottest Bollywood actresses in India. On 5th January 1986, Deepika was born in Copenhagen, Denmark. She got more than 34 million fans on Facebook.

In 2016, she had won the best actress award for the movie ‘Padmavati. She is one of the highest-paid actresses in Indian films. @DeepikaPadukone is her Facebook account.

He is one of the popular stars of the Indian film industry. He is a good actor, producer, singer, and television personality. On 27th December 1965, Salman was born at Indore. He is also the best motivator. He has now got 37 million fans on Facebook. He is a good bodybuilder too.

Now he is hosting a famous show Big Boss in Hindi. He has got 4th place in the list of famous Indians on Facebook. @BeingSalman is his ID.

He is one of the best cricketers in the Indian team. Now he is an international cricketer and also the captain of the Indian Team. He was born on 5th November 1998 in Delhi.

Now he has got 37.1 million fans on Facebook. He is also a good singer. He likes to work out every day and also likes traveling. He is also a famous athlete. @virat.kohli is his Facebook account.

She is the most beautiful lady in the film industry in India. She is called as queen of Bollywood because of her acting and beauty. Now she has got more than 40.05 million fans on Facebook and gets more likes for her posts and comments.

In 2016, she had won the Mother Teresa Memorial award for her justice. Sometimes she is a good singer also. @priyankachopra is her Facebook ID.

On 17th September 1950, Modi was born at Vadnagar. He is a famous Indian politician also a leader of the BJP party. Currently, Modi is serving as the Prime Minister of India. He is the most famous Indian on Facebook.

He has got 44.4 million fans on Facebook and getting more than 45 million likes for his posts and comments. And so, he has got placed in the first position in the list. @narendramodi is his Facebook account.

Nowadays, Facebook plays a vital role in most people’s life. With this everyone can give their ideas and shows their talents also. So everything has a positive and negative part, it depends on how we use it.