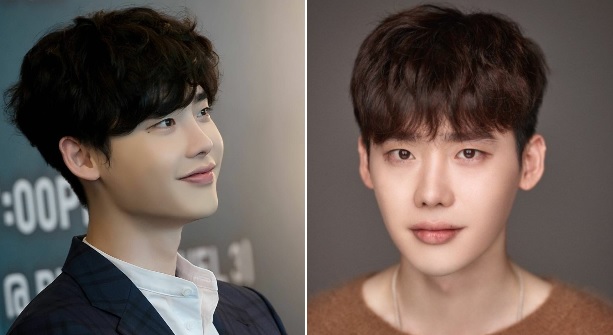 He is a model and actor in South Korea. Kim Woo Bin started his career as a model and then acted in a television drama namely “White Christmas”. Further, he grabbed more attraction by his acting in “A gentleman’s dignity”, his breakthrough has happened through the movie of “School 2013” and “The heirs”. He won the Popularity award and ten-star awards. He is diagnosed with nasopharyngeal cancer and he successfully completed his treatment.

Yoo Seung Ho was born in South Korea in 1993. He is an actor and model and he started his career by playing child character roles. He acted in many movies namely, “The Magician”, “City Of Fathers”, “Unforgettable”, “The Way Home”, “Seondal: The Man Who Sells the River”, “Don’t Tell Papa” and so on. He also acted in many Korean dramas such as “I’m Not a Robot”, “My Strange Hero”, “The Emperor: Owner of the Mask”, “Operation Proposal”, “Flames of Desire”, “The Great Queen Seondeok”, and so on. Further, he gained awards such as best actor and excellent actor for his Korean dramas.

Lee Dong Wook was born in Seoul in South Korea. He had become famous by playing the leading roles in Korean dramas such as “Hotel king”, “My girl”, “Scent of a Woman” and many more. He played a role in many comedy, romantic, horror, and historical dramas. The Korean industry is rapidly developing due to these talented, handsome, and charming actors. He acted in many movies such as “The recipe”, “The perfect couple”, “Heartbreak Library” and so on.

Park Hae Jin is born in South Korea in 1983. An interesting fact about this handsome man is that he is a shoe collector, especially sneakers and he has 1800 pairs of shoes. He played supporting roles in Korean dramas namely, “Doctor Stranger” and “My love from the start”. He won the award of KDA Award for “Bad guys”. He also acted in the movies namely, “Cheese in the Trap”, “The rhythm of chopsticks”, and “Snow is on the sea”.

Nam Joo Hyuk is a South Korean actor and was born in 1994. He started his career by playing roles in “Who Are You: School 2015”, “Weightlifting Fairy Kim Bok-Joo”, “Dazzling”, and “The Bride of Habaek”. He acted in many movies namely “Remember” and “The great battle”. Nam Joo Hyuk won the three best new actor awards and popularity actor award. Further, he acted in many Korean dramas namely, “Here”, “Glamorous Temptation”, “Surplus princess”, “Cheese in the Trap” and many more.

Kim Soo Hyun is born in South Korea in 1988. He is a well-known actor in the Korean industry owing to his acting skills and unblemished personality. Currently, for many leading corporations, he is a brand ambassador. He acted in the movies namely, “Real”, “The thieves”, “Miss Granny”, and “Secretly greatly”. He is well known for performing his roles in television dramas namely, “Dream High”, “My Love from the star”, “The producers”, and “Dream high”. He got many awards for both Korean dramas and films.

Seo Kang Joon is an actor and singer in South Korea. He started his acting in 2013 in the television drama namely, “After School: Lucky or Not”. He also acted in the movies namely, “Summer Snow”, “My Love, My Bride”, and “The Beauty Inside”. He is one of the members of the group of 5uprise. He is famous for his drama series such as “Good Doctor” and “Are You, Human”. He got the 2010 KBS Drama Awards in the category of best actor and best couple award.

He is one of the cutest faces born in South Korea in 1987. He is an actor and a singer. He became well known by his role in the Korean drama “Boys over flowers”. For this drama, he received the award of best new actor award. Then he also played leading roles in dramas namely, “The heirs”, “City Hunter”, “Personal taste”, “Faith”, “Recipe of love”, and many more. Furthermore, he acted in the movies namely, “Bounty hunter”, “Public enemy returns” and so on.

Ji Chang Wook is an actor and singer. By acting the Korean dramas, he became famous not only in Korea but also in Asian and European countries. He acted in many films namely, “Two policemen”, “The long way home”, “Sleeping beauty”, and so on. He got many awards namely, 2014 KBS drama awards, 2011 KBS drama awards, and 2013 MBC drama awards. This proves that he is obviously a handsome and charming actor in the Korean film industry.

Song Joong-Ki was born in 1985 and he is an actor in South Korea. He became famous through the historical drama namely, “Sungkyunkwan Scandal” and through the “Running man”, that is a variety show. He played many distinctive roles in the television series namely “The Innocent Man”, “Descendants of the Sun” and “Arthdal Chronicles”. His South Korean dramas have the highest-grossing and hits box office. He acted in many movies namely, “Season of You and Me”, “The Battleship Island”, “Penny Pinchers”, “Where the Truth Lies”, “A Frozen Flower”, “Space Sweepers”, and so on. He got many awards for his awful skills and acting talent.

The personalities listed above are the top ten handsome Korean actors. These Korean actors remain popular not only by the means of their alluring look but also by their hard work and best acting skills they possess. Everybody will fall for their cute and handsome look.