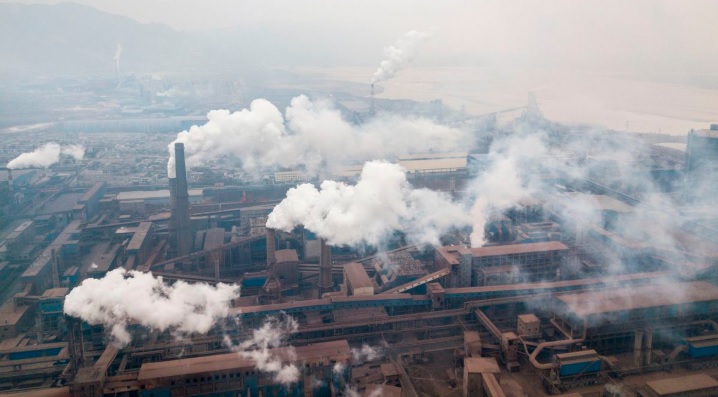 Hotan-China, Most Polluted Cities in the World

The Top 10 Most Polluted Cities in the World:- Pollution is one of the major issues that a major part of the country faces around the world. Recently, the World Health Organization has listed out the cities which have very poor air quality index which is measured by air monitoring devices that were set up in cities around the world. The cities which have pollution rating of PM2.5 in the atmosphere are considered as the cities with most polluted ones in the world.

The rating denotes that cities contain fine particles that consist of dust 30 times thinner than a human hair that is 2.5-micrometer particles. These are results of a large number of toxic substances released by industries, urbanization, and automobiles. Here, we list the top 10 most polluted cities in the world.

Most Polluted Cities in the World

Bandhawari a small town located in the Haryana district of India is considered one of the most polluted towns in the world with an average pollution index of 90.5. The major reason seems to be the accumulation of waste particles from major cities located nearer and over the years that contaminates the air, soil, and water in the surrounding areas. The pollution has drastically affected the groundwater level of Bandhawari areas like Mangar, Baliawas, and Gwal Phari.

Varanasi is one of the holiest towns located in the Uttar Pradesh district of India with an average pollution index of 91.3. The city is considered as the spiritual capital of India and people from around the country visit where they perform the religious rituals on the banks of river Ganga that includes deposing the human bodies. This large movement of people and the smoke from the fire corpse in a small narrow city has created a lot of dust particle movement around the place.

Raiwind is one of the small cities located near the metropolitan Lahore in Pakistan. The air quality index is one of the worst in the country. The town has an average pollution index of 92.2. The large evolve of dust and industrialization keeping in mind of Lahore has largely contributed to the pollution level in the city.

Gurugram a city located in the Haryana district of India which lies close to the national capital of India that is southwest of New Delhi with an average pollution rate of 93.1. Gurugram has seen massive industrialization in recent years and the level of urbanization has seemed to be the major reason for the deterioration of air quality and other pollution.

It is the home to many fortune companies in India that includes Google, HCL, etc. Due to this rapid increase in urbanization, the pollution level is nearly 12 times higher than the prescribed 2.5PM.

Noida is a modern well-planned city which is located in the Uttar Pradesh district of India. The pollution level of Noida on an average is 97.7, which is miles away as prescribed by WHO. The rapid urbanization in the form of industries, high story technology companies, and buildings has caused a lack of wind movement is the area.

This lack of wind movement combined with heat and adverse weather condition have dispersed the course of micro particles within a particular city and fairly contributed to this level of pollution in the city.

Delhi the national capital of India is considered the most polluted well-developed city in the world. It is also the most polluted capital city in the world with an average pollution rating of 98.6 which is nearly 20 times higher than the normal level. The major reason seems to be overpopulation and massive urbanization which leads to large vehicle exhaust emission which affects the pollution level to a larger extent.

Further, the burning of Rice, paddies, and waste has significantly contributed to this massive pollution level.

Faisalabad is one of the most polluted cities in Pakistan located in the provinces of Punjab with an average rating of 104.6. It is considered one of the well-planned cities of Pakistan but still, it struggles with pollution to a larger extent. The major reasons for this rise of pollutions are due to the large emission of toxic substances from the industries, the use of fossil fuels, deforestation in surrounding areas, and the burning of agricultural lands. During the winter season, fog combines with the polluted air and makes a lot of suffocation and health issues for the people.

Related: The 10 Most Haunted Places In New England | List of haunted locations

Gujranwala is the most populated city in Pakistan at present with an average rating of pollution of around 105.3. It is one city that is known for its food is facing a major pollution issue due to inefficient planning. The rapid growth of industries and inappropriate housing plans have been one of the reasons for the massive destruction in the nature that lead to pollution. ‘WHO’ has estimated that major people living in the city have been vastly affected by various health issues due to the pollution.

Hotan located in the southwestern part of China is the most polluted city in China and considered as the Oasis of China. The city is severely affected by the sand storms as it lies near to the Taklamakan desert in Xinjiang. The sandstorms along with other pollution factors have raised their pollution rate to 110.1 which drastically make it as one of the polluted cities which creates a lot of health complication to the people.

Related: Top 10 Most Corrupt Politicians In The World – 2022

Ghaziabad is one of the most polluted cities located in the state of Uttar Pradesh and lies in the National Capital Region of India. It has a pollution rate of 115 which at present makes it the most polluted city in the world. The major reason seems to be the burning of lands in the adjacent districts of Punjab and Haryana has affected the air quality index of the city to a dangerous level. ‘

The large movement of vehicles and toxic emissions has piled up to the city pollution rating. Though there are a large number of white-collar people living, the city faces the worst pollution effects in the world.

Conclusion: Most Polluted Cities in the World

From this article, one can see that India is one country that is monstrously affected by pollutions. Pollutions are man-made hazardous that is caused by their inhuman activity. Though several countries government takes certain actions to curtail the pollution, it is everyone responsibilities to take care of the earth and tries to bring down the pollution rate to minimal way.