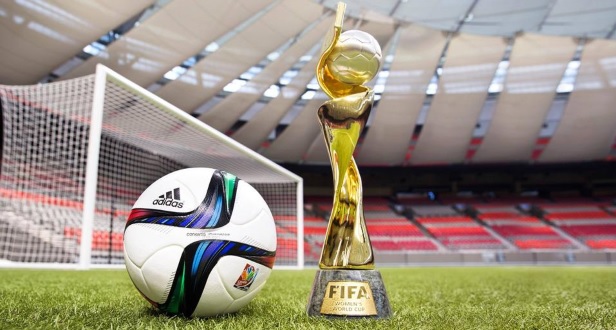 10 Greatest Sport Events – World’s Major Sporting Events:- In the diverse globe, there are various sporting events which diverse techniques, events, and followers. Everyone in this world has unique favorites towards a sporting event. Sporting events have always been a part of everyone’s daily life to get rid of the stressful life cycle.

Many people are fond to know about the popularity of the sporting event that is interested. In this article, we list the top 10 sporting events which are considered as biggest in the world in terms of crowd-pulling and popularity.

National Basketball Association fondly called as NBA is one of the major sporting events that take place in North America. NBA was founded in the year 1946 in New York and it is one of the most popular and professional sports events followed and played among the Americans.

NBA is recognized by the International Basketball Association and USA basketball. NBA players have a huge fan base among the North Americans and they are considered as one of the most paid sporting persons in the world among the sporting arenas.

Formula One Racing is better known as the F1 race is considered a global sporting event that takes part through a race track that is situated in different parts of the world. F1 event takes place generally over 3 days mostly Friday to Sunday of a sporting week with a series of qualifications before the racing day that takes place mostly on a Sunday.

F1 racers are popular for their blistering drive skills and more number of participants seems to be from the Western countries. F1 races follow a pattern of series events that take place at different venues in a particular year to decide the winner of the event.

Rugby World Cup is an international rugby tournament organized by International Rugby Board once in 4 years. The inaugural tournament was held in the year 1987.

At present, 20 nations from different parts of the world participate in the world cup which consists of group stages and Knock out which takes place over one month. William Webb Ellis Cup is awarded the tournament winners with New Zealand seems to be the most successful team in the tournament.

Tour de France cycling is a bicycle event that primarily takes place in France every year and is considered one of the oldest sporting events in the world. The first event was started in 1903 to increases the popularity and sales of L’ Auto magazine and post, it started to be an annual sporting event.

The tour track runs along the perimeter of France with 21 daily stages and a distance might vary every year. But it was decided that the tour should not last more than 3,500 km. The longest tour was in 1926 which they toured around 5,745 km.

Wimbledon tennis is one of the most popular, prestigious and oldest tennis tournament that takes place annually in England Club in Wimbledon, London. The first tournament was held in the year 1877 and it is part of one of the four Grand Slam tennis tournaments among the Australian, US, and French Open.

Wimbledon tournament is a very much popular sporting event in the world due to its history and tradition and players considered winning the Wimbledon as one of the prestigious events.

Super Bowl is a game similar to football with some changes and it is considered as the most populist sport event in America next to the NBA. Super Bowl takes place annually in the late summers which are organized by National Football League (NFL),

USA and it is considered as the highest professionalism sporting event with the biggest crowd-pulling effect and television TRP ratings in the United States. On average, it draws nearly 100 million viewership and its popularity is slowly spreading to other parts of the world.

ICC Cricket World Cup is an international cricket tournament organized by International Cricket Council once in 4 years. The inaugural tournament was held in the year 1975. At present, various associate and permanent member nations of ICC from different parts of the world participate in the world cup which consists of a preliminary contest for associate nations followed by group stages and Knock out which takes place over one and half months.

There are two formats of games that are conducted i.e., One day international (ODI) and T20. Australia is the most successful nation in the world cup.

The first tournament was held in the year 1955. The top players from around the world participate in different clubs; thereby it engulfs a piece of diversity among players. This tournament is considered one of the most prestigious football tournaments around the world.

Olympic Games are considered as the biggest and oldest sporting event in the world since 1896. There are two various types of games i.e., Summer and Winter Olympic games conducted once in 4 years. Olympic is considered the most prestigious competition with more than 200 countries participates in enhancing their country pride in the world level.

Nearly 13,000 athletes participate in around 400 competitions that consist of various games under different categories. The top 3 athletes of every competition winner will be honored with Gold, Silver, and Bronze medals. The countries are ranked based on the number of Gold medals.

FIFA Football World Cup is an international football tournament organized by Federation International of Football Association once in 4 years. The inaugural tournament was held in the year 1930, except during the First and Second World War times. At present, 32 nations from different parts of the world who are qualified from the qualifications tournament, participate in the world cup which consists of group stages, and Knock out which takes place over one month.

Almost, half the world’s population watched the football world cup which makes it the most viewed sporting event among the various events that take place in the world. Brazil is the most successful team in the FIFA world cup.