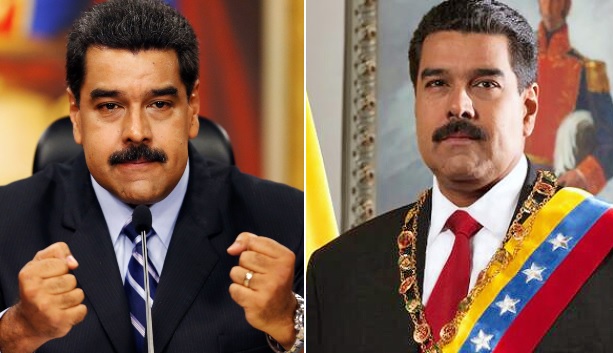 Nicolas-Maduro, 10 Most Popular Socialist Leaders around the World

10 Most Popular Socialist Leaders around the World:- Socialism a political ideology that arose at the end of the 17th century during the French Revolution has changed world politics considerably around the globe. Socialism mainly operates based on the social ownership agenda. Socialism is slightly different from communism where socialism individuals still own some property whereas in communism it is a public ownership agenda.

Over the years many leaders have chosen socialism as their main agenda but still, it is one of the policies which is followed the least countries and people in this current generation. There is a bitter truth that democratic leaders are more popular than socialistic leaders. However, there are powerful leaders in socialism that have driven the people and those people have to lead the country to great heights. Here in this article, we explore the top 10 socialist leaders who are popular around the globe.

He is an immediate successor of Lenin and he rose to great heights during the Bolshevik Revolution period by keeping intact of his loyalists throughout the party and country. He followed Dialectical material philosophy and ruthlessly crushed all his opponents. Stalin is known for his ruthless in-human behavior and can be coined as the most controversial socialist leader.

Vladimir Ilyich Ulyanov fondly called Lenin is a Russian revolutionary socialist who is greatly known for his political theology. He ruled Soviet Russia from 1917 to 1924 and the Soviet Union from 1922 to 1924. He is the major leader for the execution of the Bolshevik Revolution.

A leader who has aspired many leaders turning into socialism through his writings and also he is known for leading from the front in battles. He raised the bars of imperialism in the minds of people of European nations.

Mao Zedong fondly called Chairman Mao is a Chinese Communist revolutionary. He is called the father of Modern China who founded the People’s Republic of China and ruled as a chairman from 1949 till his death in 1976. He followed Marxist-Lenin ideologies and laid the foundation stone for what China is at present. He fought against the big landlords and abolished the Japanese colonization completely from China.

He becomes a great leader and kept in-tact the people’s favor and belief in him. His cultural revolution has caused many good deeds and also a lot of controversies.

Ernesto Che Guevara is one of the most popular socialists around the globe. He was a revolutionary Marxist leader from Argentina.   He is known for his revolutionary writings and his unique way of addressing the problem of suppresses people in South America. Che along with Fidel is known for their Guerilla war technique and Focoist movement which lead to a greater change in world political history. They successfully toppled the feudal movement and made the most famous land reforms in the world. Che and his works still act as an inspiration for many young rebels.

Salvador Guillermo Allende Gossens is the first Marxist to be elected as president of liberal democracy in Chile. He was the president of Chile from  1970 to 1973 who brought many revolutionary changes in Chile by rising the left ideology,  nationalizing major industries, improving the education and living standards of the people. His governance is known as one of the most autocratic of all times and he was removed from power in Chile due to neoliberalism in 1973.

Most Read: Most Corrupt Politicians In The World – 2021

Dilma Rousseff is one of the modern-day socialists who hail from Brazil. She was one of the greatest economists and politicians who served as the First Women President of Brazil from 2011-2016. She was one of the few female Marxists who are known for the battle she fought against the military dictatorship by a modern guerrilla technique.

She has foreseen many measures for strengthening the economic growth, internal and foreign policies of the country, and has turned out to be a popular leader among the people. However, an impeachment was made against criminal administration and misconduct and was removed from the presidential post.

Fidel Castro, a Cuban revolutionary, and politicians who lead to the famous July movement along with Che Guevara for the freedom of Cuba. He served both as the Prime Minister from 1959 to 1976 and President of Cuba from 1976 to 2008. Fidel is the famous powerful socialist leader in the modern era and the most powerful person in Cuba who made many influential reforms. Fidel who followed Marxist-Leninist ideology along with Che is known for their Guerilla war technique and Focoist movement which lead to a greater change in world political history. They successfully toppled the feudal movement and made the most famous land reforms in the world.

Evo Morales is a former cocalero activist and Bolivian politician who served also as President of Bolivia from 2016 to 2019. He arose into a famous stature for bringing up the left ideologies and raising big movements in Bolivia by reducing the poverty of the country and building a stronger economy. The idea of equality and the modest lifestyle of Morales have raised the popularity among the people of Bolivia.

Nicolas Maduro is the incumbent President of Venezuela from 2013 who is coined as the most capable administrator in the world. His autocracy way of leadership leads Venezuela to new economic heights and building up the business factors to eradicate poverty in the country.

However, Maduro is a man of mince words who is well known for his anti-American policy and widespread disputed presidency policy which lead to removing their embassies and support from Venezuela.

Hugo Chavez is the former President of Venezuela who was ruling Venezuela from 1999 till his death in 2013. He is the founder of the Republic movement in Venezuela that is based on the left policy which eventually leads to the formation of a Republic State called Venezuela. During his rule, he enhanced many popular economic policies that strengthen domestic growth with a self-owned business strategy. After his death, many believed that it would be the end of socialism in Latin America but Maduro turned out to be an able successor.

Conclusion: 10 Most Popular Socialist Leaders around the World

Thus it is evident that these socialist leaders have played a greater part in enlightening the people through various forms in building strong socialism and enhancing the people towards social ownership.