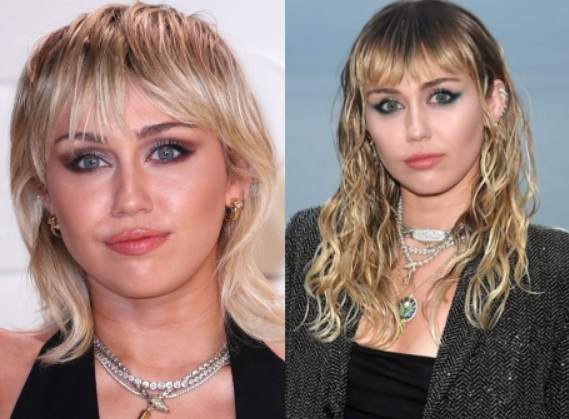 The main goal of the charity is to provide help by raising money and things for needy people. Many volunteer are willing to help people from every country now-a-day. Showing a luxury life is not that much good than providing charity.

Now many celebrities are being part of a charity in the world. Top 10 Most Charitable & Philanthropic Celebrities 2022 are listed below.

Oprah Winfrey is the television star in America. Not only a television host, but she is also an actress, producer, media executive, and finally a good trustee. She was born on 29th January 1954 at Mississippi, U.S. She has donated more than $400 million to the charity of education till now.

Her best achievement is founded “Oprah Winfrey Leadership Academy for Girls in South Africa”. She is more focusing on women and child growth.

Beyonce Giselle is the singer, songwriter, producer, dancer, and actress in America. She was born on 4th September 1981 in Texas, U.S. She is doing not only donating funds and things, in her free time she spends her time developing various charities.

That is why she is very famous for her charity. She has the founder of many children’s charity. In 2005 she is the ambassador for World children’s day. She got 9th position in the list of Top Charitable celebrities.

Taylor Swift is the singer as well as a songwriter in America. She is best in the Song narrative which makes her more famous on media. She was born in Pennsylvania, the U.S on 13th December 1989. She has donated more than $625,000 to many charities in the world.

In 2011 she gave 6,000 books freely to her hometown library. Her main aim is to motivate children, teenagers, and literacy. She loves to spend money on charity and books. She got the 8th position on the list.

Angelina Jolie is one of the most beautiful actresses in America. Also, she is a good director and trustee as well as she got many awards throughout her life. She was born on 4th June 1975 in California, U.S. She gave more importance to charity than her films.

She had started the Jolie-Pitt Foundation along with her husband to provide helps people who all struggling with HIV/AIDS. Not only a good trusty, but she is also a good speaker of violence against women. She got 7th position in the list.

Nora Roberts is one of the good authors in America. She has written 225 romance novels though out her life. She was born on 10th October 1950 in Maryland, U.S. She has founded the Nora Roberts Foundation with more than $3,000,000. She is giving more focusing on literacy than any other charity.

Her foundation is very supportive of the children’s development program and women’s empowerment. Her foundation has donated too many hospitals and colleges. She got 6th position in the list

Meryl Streep is the best American actress and got the best actress award any time. She was born on 22nd June 1949 in New Jersey, U.S. She is considering lady super start in America.

She has given more importance to girls and child development. Many times she has stood against women violence, women abuse, and women’s rights.

She has donated more than $4 million to many foundations. She got 5th position in the list.

Jerry Seinfeld is the best comedian and actor in America. Also sometimes he is a producer, writer, and director too. He was born on 29th April 1954 at New York, U.S. Jerry Seinfeld is one of the most famous for his charity.

His wife Jessica is encouraging his charity activity more than anyone. They both started the GOOD+ foundation which helps people eliminate poverty from every family. He has donated more than $1.7 million too many foundations. He attained 4th place on the list.

She is one of the best Hollywood actresses in America. She is very famous for her role as Hermione Granger from the Harry Potter Movie. She was born in Paris, France on 15th April 1990. She is giving more importance to feminist work. She is concentrating on feminist films than any other.

She is also the donor of funds that collecting against women’s harassment in British. Also, she is focusing on the development of education globally. She attained 3rd place on the list.

Miley Cyrus is a famous American singer and songwriter. Also, she is a good actress and music producer. She was born on 23rd November 1992 at Tennessee, U.S. She is the youngest and famous trustee in the U.S.

She has founded many foundations in that the most famous is Libby Rose Foundation. This foundation concentrates on fund collected for breast cancers also reduce cancer. She got 2nd position in the world.

Barbra Streisand is one of the best singers in America. Also, she is famous for her acting and directing films. She is the most famous and got the first position in the list.

She was born on 24th April 1942 in New York, U.S. She got many awards for her acting as well as for her song. She has donated $16 million to many charity and trusts. She has founded the Streisand foundation for many activities.

This foundation concentrates on women’s equality, protection of human rights, development of children and women. More than $27 million was donated to many activities from this foundation.

Every human needs to be aware of the charity. This helps people to get over from their poverty, illness, and literacy. Not only celebrities but normal people are also starting to donate.

Donation is done in many ways, you can donate funds, things, clothes, lands, and foods. Whichever is convenient to you can donate that. Start your donation now itself, and get positive attitudes around you.