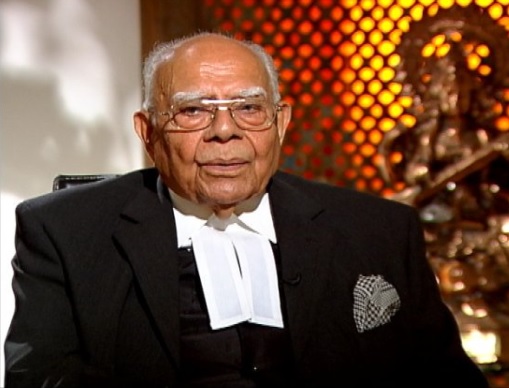 Honorable Supreme Court of India has more than two thousand Advocates and lakhs of cases and disputes corresponding to various companies, public from various States in India.

Top 10 Best Lawyers in India | Most Expensive Lawyers In India

According to their victory on cases and the experiences they acquired, there are top performers as Lawyers in India. The role they played in Law and Justice is quite well.

He is a Senior Advocate in the Supreme Court of India, also a CLA council member. He has been placing position as a President in Criminal Justice Society from 1994 to 2004. He won many cases. He was a Lecturer in his earlier stages at Punjab University (1973-76) as served as a Reporter in Indian Law Reports. His familiar cases include the assassination of former Prime Minister Rajiv Gandhi, the Bombay Blasts, various terrorist organization cases, etc.

Former Minister and Legal Professional Mr. Kurshid are also familiar with his writings. He is a Law student from Oxford University and the previous studies done in India. The Books he wrote as” The Sons of Babar” “At Home in India” are interesting. He was a Union Deputy Minister of Commerce, elected from the constituency of Farukabad.

The period he served under the All India Congress Government in 1991-96 seems better in his career. He also served as a Law Teacher at Dr. Hussein Study Circle. He is familiar with legal debates, and references relate to the Law are familiar in his profession. The way he presented the law points are being useful to all followers.

Mr. Aryama Sundaram is familiar with the Board of Cricket and disputes or cases inside India. He is well known for the leading businessmen Ambani Brothers and their legal cases. This senior advocate in Supreme Court in India serves practices of corporate Law very well.

He is contributing many illustrations for corporate cases and also for constitutional cases. The National Company Law against Tata Sons is a highlight of his career in 2019.

Mr. Singhvi is a Lawyer and Politician. He was born in 1959 and graduated and completed Ph.D. from Cambridge and Harvard University, respectively. He is the youngest Solicitor General in India in his37th age (1997) and later days as the spokesperson in Indian National Congress until 2001.

He was elected to Rajya Sabha and positioned as chairman in Public Grievances, Law and Justice, and general purposes committee. He is familiar with the case of President Rule in Uttarkhand 2016. His latest position was Rajya Sabha Member of Rajasthan in 2018.

A chartered Accountant changed his profession as an Advocate in his later days. He was completed his ICWAI and later completed LLB at Nagpur University. He started his legal profession form 1980. Mr. Harish Salve is a senior Supreme Court Lawyer who won in many cases for corporate companies.

The familiar is with the Actor Salman Khan for the accident, Vodafone tax dispute case, etc. the He performed in an International Court for Justice for Kuulbushan Jadhav case. The case filed that Jadhav was charged as spying against Pakistan military forces. On the winning of this case, he collected only Rs 1/- INR.

Mr. Palaniappan Chidambaram was a Finance Minister in India under the Indian National Congress period. He is known as P. Chidambaram well to all by Minister posting for four times. He was elected as Parliament Member in 1984 from the Constituency Sivaganga, Tamilnadu State. Ministry of Home Affairs and ministry of public grievances, Internal State Security, are the other posts he held. In the latter days, he uses to appear Supreme court and to hold office in Delhi.

He also wrote some books. Power and Accountability, A year in Opposition, My alternative view is the books familiar for his writings.

Mr. Gopal Subramaniam was a Solicitor General of India 2009-2011 who is familiar as a Lawyer in the Supreme Court, India. He has held a position as Chairman of Bar Council. He started practicing in 1980. He had procured the Doctor of Law in Central University of Orissa (2013).

The suggestion he made for legal education in India while serving as Chairman of the Bar Council was appreciable. He recommended keeping the administration to Sri Padmanabha Swami temple, Kerala. His career also highlighted his contribution to the reformation of National Property Laws related to twenty-three states in India.

Mr. Venugopal is familiar with his contribution in the suggestion of drafting the Constitution of the Bhutan Government. Kottayan Katankot Venugopal was born in 1931.

He is the Senior Advocate in the Supreme Court of India. He got honor by the Indian Government’s Padhma Vibhushan (2015), earlier awarded as Padma Bhushan (2002).

He is the man for created more judicial reforms in India. He raised his voice against creating Supreme Court Branches. He suggested appeal divisions for the same in four regions. He was appeared as amicus curiae to suggest the Supreme Court in the case related to 2G Spectrum.

Fali Nariman was an Indian Jurist born in 1929. The earlier stages of his education were from Shimla and Mumbai as School and Degree educations, respectively. He started his practices at Mumbai High Court as a Lawyer. He was an Additional Solicitor General of India from 1972 to 1975. He got appointed as President-appointee Member of Parliament.

The union carbide leakage case of Bhopal was the familiar one he practiced. He also attended the Narmada rehabilitation in Gujarat Government. He was a member of the London Court of International Arbitration 1988.

He was one of the oldest Lawyers in the Supreme Court in India. He is the highest professional fee receiver, approximately a sum of Twenty five lakhs per case. The knowledge and the practices made him familiar, and he won many cases. He is a politician under BJP.

He obtained his LLB degree in his seventeenth age. He improved more relationships with our neighboring countries. Human Rights Award was awarded to him in 1977. His familiar books are Small Men, Conflict of Laws, Conscience of a Maverick, Soviet Style.

More Jurists in India are appreciable in their profession and serving for many good causes. The growing population and the crimes and law protection to the victims are still better in India than any other countries.