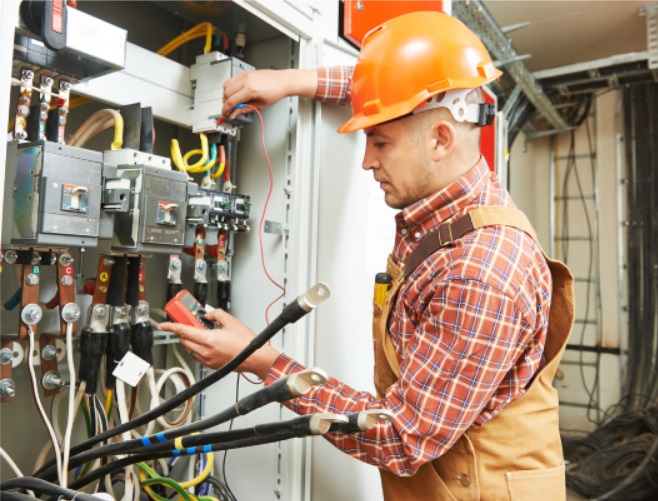 Top 10 Most Tough and Dangerous Jobs | Dangerous Jobs In The World | Dangerous Jobs In The United States | Hazardous Jobs in 2022:- People perform their work in their respective fields to earn their living. Every job has its difficulty and pleasures. Some jobs can be considered as white-collar jobs where people work in a standalone working place with technologies, conferences, desktop works, and even outdoor sales.

However, there are some jobs roles which may be considered as dangerous and tough for the amount of risk it involves are of greater shift. Many even lose their life during such difficult workers due to work accidents or contact with hazardous things. In this article, we list the top tough and dangerous jobs people do to earn their money. These are listed based on the difficulty and fatality rate that has occurred while performing the job. Here are the top 10 Most Tough and Dangerous Jobs in the world.

Related:- Top 10 Countries with the Strongest Armies in the World

Most Tough and Dangerous Jobs | Hazardous Jobs in 2022

Sanitation workers are the ones who take care of our day-to-day wastages and disposes of. Apart from these in many developing and underdeveloped countries still depend on these workers for the manhole underground waste cleaning of disposals where there is an issue. Thus, these workers risk their lives for their earning.

Apart from these, during the pandemics like COVID 19, sanitation workers act like the front-line warriors who aides and disposes of the hazardous things which may lead to contact of those viruses.

Police and Bodyguards are considered as one of the tough and dangerous jobs in the world as they risk their lives to safeguard others. They are paid for safeguarding the important personnel right from the President of the country to the common people.

They work around the clock irrespective of festivals, pandemic, natural calamities, and emergency times to safeguard the people. They always work in difficult circumstances all around the clock that includes encountering with the bad ones that may even cost their life.

8. Mine, Chemical, Nuclear Plant and other Hazardous Industry Workers

People working in these industries though follow a lot of precautions and safety measures; there is a life-threatening issue that prevails when an accident occurs. Further, some working in chemical and other hazardous manufacturing-related industries may undergo a threat due to some hazardous chemicals that may lead to affect throughout their generations.

Miners exposed to large amounts of dust that may lead to various health deportation. Hence, these factors add up it as one of the toughest jobs people perform to earn for their living.

Construction workers are considered as one of the tough jobs in the globe as there are a large number of fatalities happening every day due to the on-site accident that occurs. Foreman known as site supervisor is the person responsible for the overall performance of the project who exposes to a rough condition such as height, exposure to sharp tools, hazardous and toxic substances may lead to the risk of their life.

Logging is considered one of the toughest jobs in the world as it is considered as one job with the highest fatality rate. Further, it is the most challenging job physically as it involves a lot of physical hardships and lifting of the trees. Workers are more considered to be more important during the natural calamities period as it involves a lot of commitment and hardship as they are even prone to certain accidents that may make their life at risk. Moreover, it has a poor employment rate when compared to other jobs.

Drivers and Pilots are the people who transport essentials goods and help in transporting passengers through laneways and airways. These are individuals who work around the clock for delivering the essentials worldwide and they face adverse difficulties while they work. Pilots are prone to many flight accidents and crashes that may result in fatal incidents where several people die. They face tough conditions and sleepless nights which lead as one profession with a lot of difficulties.

Fishing in the sea or oceans is always considered one of the most toughest and difficult jobs on the planet. They face various difficulties in the form of mechanical failure or accident while they on-board into the sea where many have to loosen their life to the almighty sea.

The marine creatures also create certain risks as there is a chance of high risk. Further, cyclones, hurricanes, and adverse weather conditions also add up to the risk involved in the job. Thus, the fishery is considered as one of the challenging jobs which require a lot of skill and guts.

Firefighters commonly known as firemen are those who risk their lives to rescue other civilian life, property, and natural properties. Firemen are the individuals in action to rescue when there is a fire accident, a building collapsing, natural disasters, or any other emergencies in every country around the globe. During these accidents, some risk their life, some get affected by hazardous substances or smoke that engulfs other impacts in their life and some may be severely get injured but still, firemen give cent percentage into the job.

The job that related to communication towers such as climbing the towers to check the malfunction, installation of towers and taking care of the towers can be considered as the deadliest and difficult task in the world. There is a high risk of falling out from the height which leads to loss of life. The difficulties they face while climbing the towers also adds up a lot to the toughness involved in the job.

There is also a major problem associated with this job is that there are no proper personal protection kit or equipment for the people who are involved in these tasks. Hence, these factors add up to the toughness and difficulties involved in this work where the wages are also minimal.

Electricians are considered as the toughest job in the world as it has the highest risk involved. The electrical energy of high voltage is mostly involved in the job and once if it passes to the human body of the workers, there is a minimal chance of surviving life from the electrical shock. Apart from these, other parameters such as very high cable installation, assemblies, faulty checks, and electrical accidents add up to the difficulties and toughness involved in the job.

Unlike telecommunication tower towers, electrical workers though equipment are available but it is not readily available and followed by the workers. Thus, due to these reasons electrical worker jobs are considered as difficult and toughest jobs.

Related:- 10 Most Attractive Airlines Stewardess In The World | Most Beautiful Flight Attendants

From this article, we hope one can easily able to understand the difficult and toughest job the people do for their living. In any job criteria, employee safety is important and it’s acting a serious concern across the various industries in the world. Hope, everyone takes some tentative steps towards the concern of the workers involved in the difficult jobs.