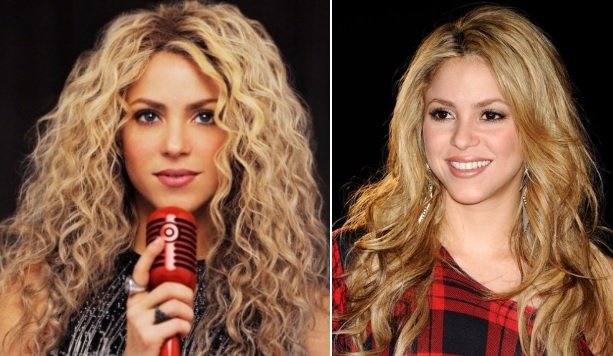 Top 10 Most Attractive Female Celebrities In The USA:- The USA is the land of Hollywood and it is the home for most attractive and gorgeous female celebrities. The USA is considered as the movie hub of the entire world.

Many beauties and supermodels are born in the United States of America. The lists of alluring and talented ladies make the USA as a place to find them attractive and tempting celebrities. The list mentioned below possesses beautiful and lovely faces of singers, actresses, and models; and many of them had won awards such as Oscars, Grammy, and so on.

Olivia Wilde was born in New York City, United States and she is an actress and filmmaker. She was acted in many television shows and commercial movies. She acted in the films such as “Conversation with other women”, “Alpha dog”, “Cowboys and Aliens”, “Meadowland”, “Love the Coopers”, and so on.

For the category of best actress Olivia Wilde got her first award “The Comedy Festival” and also she got many awards such as Teen Choice Awards, Vail Film Festival, and Independent Spirit Awards.

Eva Mendes is a gorgeous actress, singer, model, and fashion designer. She was born in Miami in Florida. She is well known for her movies such as “Hitch”, “Stuck on you”, “2 Fast 2 Furious” and “Training Day”.

Eva Mendes and her daughter are ranked as a beautiful face of 2018. Her career was started in the late 1990s. Eva Mendes’s stunning and striking performance in “Training day” had made a turning part for her successful career.

Emma Stone is a well-known and dazzling actress in the film industry. She was born in Scottsdale, Arizona in 1988. She had done many charming and witty roles in many popular comedies. She acted in the famous movie ‘The Amazing Spider-Man’ and it was released in 2012. She entered this industry at her early teenage of 15.

In a dark comedy, ‘Birdman’ she played the role of supporting actress and for the movie ‘La La Land’, she got her first Oscar.

Jessica Alba is a businesswoman and actress. She started her career and appeared at the television shows and films at the age of 13. She is 39 years old but still, she looks very gorgeous and this proves that she is an attractive celebrity in the USA.

She played a leading role in “Dark Angel” which is science fiction series. She acted in the movie “Fantastic Four”, “Little Fockers”, “Spy Kids: All the time in the world”, and so on.

Charlize Theron is born in 1975 and she is an actress and producer. She remains alluring with her beautiful eyes and possesses excellent skills in acting. She got an Oscar award for her film “Monster” and Roger Ebert describes that she had done the finest and excellent acting in the history of cinema.

She also acted in many movies such as “The Italian Job”, Mighty Joe Young”, “Mad Max: Fury Road”, “Long shot”, and so on. Further, she is a beautiful-hearted lady and she helps South Africans by providing health services.

Shakira is born in Colombia and she is a famous Colombian pop singer and dancer. She is well known for her hits namely, “Hips Don’t Lie” and “Whenever, whenever”. She had won many awards such as American music awards, Latin Grammy, and Grammy.

More than 70 million of her albums are sold out worldwide. In a famous singing competition namely “The Voice”, Shakira assisted as a judge. Additionally, Shakira’s first song was written at the age of eight and her first record deal was signed at her 18 years.

Adriana Lima is a model and actress. Additionally, from 1999 to 2018, she was a famous Victoria’s Secret angel. She is the model for Maybelline cosmetics. She acted in the television series namely, “Pista Dupla” and also in a short film known as “The hire: The follow”.

She brings the bible backstage at fashion shows to read and she is extremely connected to the catholic faith. For the clothing brand Desigual, Adriana Lima served as a brand ambassador. Interestingly, Lima won the competition of “Supermodel of Brazil” at the age of 15.

Angelina Jolie is considered as attractive female celebrities in Hollywood and the USA. She is a leading American actress, humanitarian, and filmmaker. She became a famous actress in the 1990s. The good-hearted Angelina Jolie adopted three children from an orphanage. “Maleficent”, “Salt”, and “Mr. & Mrs. Smith” are the movies acted by her.

She is an Oscar-winning actress and becomes famous through her movie “Lara Croft”. Jolie involves in the project of international charity, particularly those enclosing refugees.

Scarlett Johansson is an American actress and singer. She was the highest-paid actress in the world since 2018. She was born in the city of New York in the United States. She is well known for her movies namely, “The Nanny Diaries”, “Lost in Translation”, “The Avengers”, “Vicky Cristina Barcelona”, “The Avengers End Game”, and “Hitchcock”.

At the age of 13, she played a role in the movie “The Horse Whisperer”. Scarlett Johansson is a gorgeous and good looking lady and she is one of the attractive actresses in Hollywood

Megan fox served as an American actress and a model. She entered the film industry in 2001. She became famous through her movie “The Transformers”. Several times Megan Fox has ranked in the list of beautiful women. An interesting fact about her is that she joined in the singing and dancing class at the age of five.

In 1999, at Talent Convention and American Modeling, Megan Fox had won multiple awards. She played many prominent roles in films such as “Jennifer’s Body”, “This is 40”, “Jonah Hex”, and “Teenage Mutant Ninja Turtles”.

The ladies listed above are considered as the most attractive and gorgeous faces of the United States of America and Hollywood. These talented and gorgeous ladies achieved their success in life by overcoming many hardships and struggles. Every individual can inspire these ladies in their life to go ahead with success.