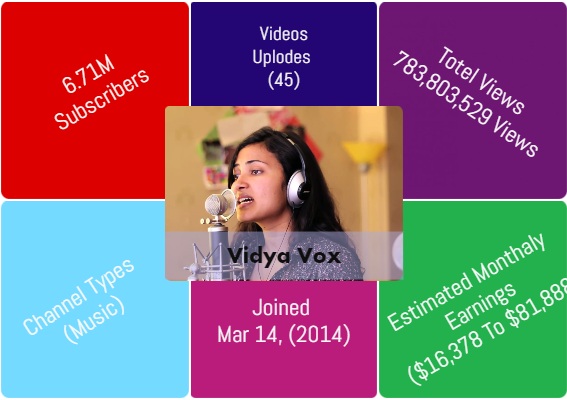 Vidya Iyer is popularly known by her stage name Vidya Vox. She commands over many languages like English, French, Tamil, Telugu and Hindi. At the age of 5, she started singing. She started her channel ‘Vidya Vox’ in 2015 to show her musical talent. Vidya has also performed in Shankar’s YouTube channel ‘ShritiBox’. Her creativity, collaboration with other Singers, and the selection of songs played a major role in her success. She has also performed at National Centre for the Performing Arts (India), the White House, etc, She sings mashups of Hindi and English genres in her soulful voice. She has a great fan following on other social media platforms such as Facebook, Twitter, and Instagram. 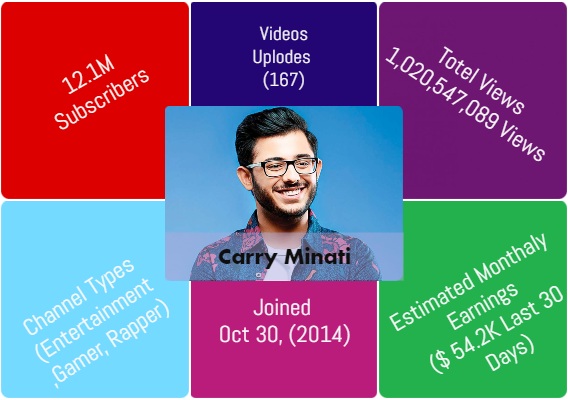 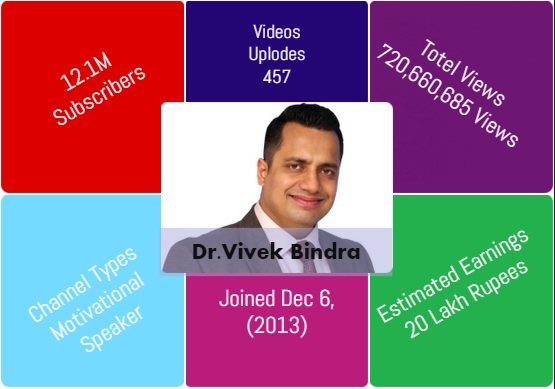 Dr. Vivek Bindra is the founder and CEO of Dr. Vivek Bindra YouTube channel and Bada business Private Limited. He brings out true potential and empowers countless people around the globe. He started his YouTube channel in 2013. He has more than 12 million subscribers from over 190 countries. He has been awarded as” the best corporate trainer” in India by Maruti Suzuki and as “the best motivational speaker in India” by the International Association of Lion’s Club. He also has written motivational books that are being sold in lacs. There are also a lot of followers of Vivek Bindra on Twitter, Facebook, and Instagram. 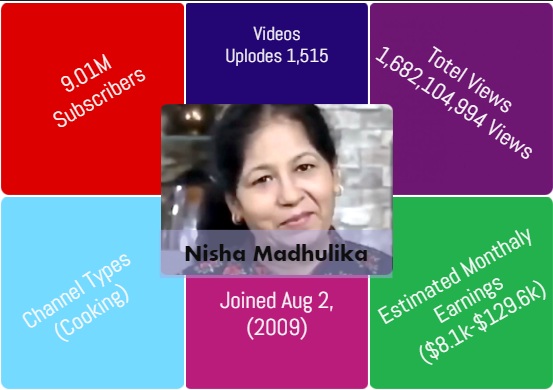 If you want to learn cooking from homemade french fries to hard feeling Indian desserts, go for this Indian YouTube channel. Nisha Madhulika is one of the most popular food recipe YouTube channels. She also used to give home tuitions for Poor kids. Cooking has been her passion since her childhood and she is doing what she loves. She presents the best example of that age doesn’t matter if you want to pursue your passion. She has been an inspiration to many. All her videos tempt you to rush to the kitchen and start preparing some really amazing dishes. She has also fans following on Instagram, Twitter, and Facebook. 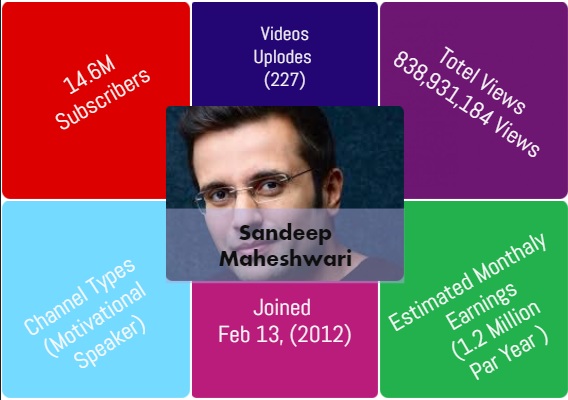 Sandeep Maheshwari is the most popular YouTube channel among all generations for personality development, confidence building, and how to move on in life when everything is not ok with you. It is a Hindi language channel. Sandeep Maheshwari deals also with topics such as how to deal with difficulties and depression, how to relax mind in whatever conditions, how to lead a balanced life. public speaking, meditation,  fear of something. Sandeep Maheshwari is one of the fastest-growing YouTubers in India and has gained popularity as a motivational speaker. He has launched many free Life-Changing seminars.

In the technical category YouTube community, technical Guruji is one of the best YouTube channels who come with informative and up-to-date content. This channel was created by Gaurav Chaudhary in 2015 this channel aims to provide technical knowledge in a simple and easy way. It is a Hindi language channel. Gaurav Chaudhary is a security professional, presently living in Dubai. He comes with his videos on technology, smartphones, reviews, unboxing, etc. He has a great fan following on Instagram, Twitter, and Facebook.

Just like Amit Bhadana and Bhuvan Bam Ashish chanchlani is the most famous YouTuber and has managed to make a name in the entertainment industry. He started uploading videos on YouTube in 2009 and now has caught name and fame. He aims to make laugh his audience through his videos. Ashish gained popularity because of his original quality content and comedy parodies. He is also popular on Facebook, Instagram, and Twitter.

BB ki Vines YouTube channel is created by Bhuvan Bam who is a comedian and musician by profession. BB ki Vines has been a global sensation in the YouTube World. To keep the audience entertained Bhuvan Bam comes with his multi-character performances. In WebTV Asia award 2016, BB ki Vines won “the most popular channel on YouTube “award. Bhuvan Bam started his career as a singer in bars and today we know where he is. He is also very popular on other social media platforms such as Facebook, Twitter, and Instagram.

Amit Bhadana is one of the best YouTubers in India. In an interview, Amit Bhadana told that his basic aim with his content is to make his audience laugh. His contents are categorized on different topics like new as relationships, day to day scenarios, and comics kits. Amit Bhadana wants to make a full-length Bollywood movie.